Power of Herbs, Spices, and Gemstones CANDLES FLAME COLORS AND THEIR MEANINGS

The Blue flame is lit when you need to find tranquility and protection.

The Purple is a psychic color, best for bringing unseen problems into the light and finding a way to address them.

The Green flame represents growth, of your soul, or your family.

THE warm toned colors RED, ORANGE, and YELLOW are in the same realm of meaning.

The Orange is for ambition and positivity. If you feel discouraged lite an orange candle. Uplifts confidence and your spirits.

The Yellow is of intelligence and truth. Aiding you to learn more about yourself or tap into your creativity.

The White is purity symbolizes pure energy, healing, and clarity. Creating a space of peace and comfort to reside in.

Stay lit up to 10 hours, however they can’t stand on their own. Best for family dinner night, at-home date night, or movie night.

Pillar Candles Commonly sold in stores, are thick and don’t create smoke while they burn off for around 3-4 hours. Great for apartments and won’t set of smoke detectors.

Liquid Candles aren’t seen too often in stores but can burn anywhere from 8-100 hours.

SCENTS AND THEIR MEANINGS (AROMATHERAPY)

Goes back 5 millenniums since the time of Ancient Egyptians! The act of smelling something is remarkable. Immediately upon of perception you can feel the mind going to work, setting off complex receptors through the brain. Do you know why you may feel emotional when you smell certain scents? Your olfactory bulbs, involve in the body’s limbic system. Here you find the emotion center of the brain called amygdala and the memory center called hippocampus. So, every time you smell something it reminds you of a memory and can change your emotions.

But there are other benefits of certain aromas, some are a pleasure to smell, they can also manipulate your mind and body.  They can relieve stress, help you relax, increase confidence, and sharpen your mind or even ease sorrow.

10 SCENTS AND THEIR POSITIVE EFFECTS ON YOUR BODY

Cinnamon physical and emotional stimulant. Helps you concentrate and perform better when doing a task. Boost cognitive functioning and memory, eases tense muscles, and relieves joint pain. Combined with ginger can reduce symptoms of colds and sore throat, can eliminate mosquitos. Cinnamon Lowers Blood Sugar Levels and Has a Powerful Anti-Diabetic Effect Cinnamon is a popular spice, found in all sorts of recipes and baked goods. It contains a compound called cinnamaldehyde, which is responsible for cinnamon’s medicinal properties. Cinnamon has potent antioxidant activity, helps fight inflammation and has been shown to lower cholesterol and triglycerides in the blood.

But where cinnamon really shines is in its effects on blood sugar levels. Cinnamon can lower blood sugar by several mechanisms, including by slowing the breakdown of carbs,  in the digestive tract and improving insulin sensitivity. Studies have shown that cinnamon can lower fasting blood sugars by 10-29% in diabetic patients, which is a significant amount. The effective dose is typically 0.5-2 teaspoons of cinnamon per day, or 1-6 grams.

TIP: Besides studying recommended to anything that requires brain functioning while working on a craft, at a business meeting, it helps you perform better. Cinnamon has numerous health benefits and is particularly effective at lowering blood sugar levels.

Rose Invokes feelings of Romance and love. Joy, and happiness, hope, calming and soothing, and can help manage stress and depression, decreases breathing rate, and blood pressure to relax mind and body. Brings a positive boost and uplifting thoughts to people struggling with depression and anxiety. Keeps you energetic and optimistic, also can help relieve headaches, and increases libido, helps treat sexual disfunctions, and inactive sexual desires to your partner.

TIP: Give to someone that’s grieving due to a loss of a loved one, to help them cope and ease the pain of loss.

Citrus: Orange, Lemon, Grapefruit, Limes Feel happy and energetic. Grapefruit uplifting and energy. Lime is known for its mystical powers of purifying one’s spirit, ability to change your attitude in life and just opens your mind and emotions, cleaning you of all negative thoughts which helps you regain zest and improve your outlook in life. Orange is used for depression, a mood tonic, for relaxing, it boosts cognitive function to people with Alzheimer’s Disease. Mixing with floral scents makes them more earthy and deep. Lemon eliminates strong odors naturally.

TIP: Agent that kills off strong smell of cigarette smoke.

Lime Use at dinner table, it activates appetite and hunger.

Peppermint has a long history of use in folk medicine and aromatherapy. Instantly gives a cooling sensation used as a topical, it can relieve body tension and sore muscles, because of its soothing, calming effect. Manage stress and nervousness, helps calm mental fatigue. Used in respiratory care and treatment. Natural decongestant that can open airways and unclog sinuses. Helps relieve itchy throats, reduces food cravings, adding a few drops to water can reduce nausea by just inhaling it. Feel dizzy? Spray on cloth and inhale it lowers chance of vomiting. Relieves IBS Pain and May Reduce Nausea. Many studies have shown that peppermint oil can improve pain management in irritable bowel syndrome, or IBS. It also helps to reduce abdominal bloating, which is a common digestive symptom.

TIP: The natural oil in peppermint provides pain relief for those with IBS. It also has potent anti-nausea effects when used in aromatherapy. 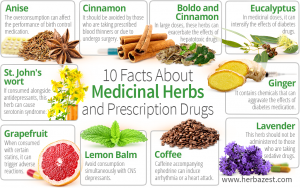 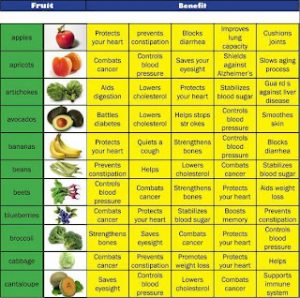 Sage: Can Improve Brain Function and Memory. Sage gets its name from the Latin word Salver, which means “to save.” It had a powerful reputation for its healing properties during the Middle Ages and was even used to help prevent the plague. Current research indicates that sage may be able to improve brain function and memory, especially in people with Alzheimer’s disease. Alzheimer’s disease is accompanied by a drop in the level of acetylcholine, a chemical messenger in the brain. Sage inhibits the breakdown of acetylcholine. In a 4-month study of 42 individuals with mild to moderate Alzheimer’s disease, sage extract was shown to produce significant improvements in brain function. Other studies have also shown that sage can improve memory function in healthy people, both young and old.

TIP:  There is promising evidence that sage extract can improve brain and memory function, especially in individuals with Alzheimer’s disease.

Turmeric: Contains Curcumin, a Substance with Powerful Anti-Inflammatory Effects, is the spice that gives curry its yellow color. It contains several compounds with medicinal properties, the most important of which is curcumin, Curcumin is a remarkably powerful antioxidant, helping to fight oxidative damage and boosting the body’s own antioxidant enzymes, oxidative damage is believed to be one of the key mechanisms behind ageing and many diseases. Curcumin is also strongly anti-inflammatory, to the point where it matches the effectiveness of some anti-inflammatory drugs. Studies suggest that it can improve brain function, fight Alzheimer’s, reduce the risk of heart disease and cancer, and relieve arthritis, to name a few.

TIP: Studies have shown that curcumin, the active ingredient in the spice turmeric, has major benefits for many aspects of health

Holy Basil Helps Fight Infections and Boosts Immunity, not to be confused with regular basil or Thai basil, holy basil is considered a sacred herb in India. Studies show that holy basil can inhibit the growth of a range of bacteria, yeasts, and molds. It can boost function of the immune system by increasing certain immune cells in the blood. also linked to reduced blood sugar levels before and after meals, as well as treating anxiety and anxiety-related depression, these studies were quite small, and more research is needed before any recommendations can be made.

Cayenne pepper Contains Capsaicin, Which Helps Reduce Appetite and May Have Anti-Cancer Properties. Is a type of chili pepper used to prepare spicy dishes? The active ingredient in it is called capsaicin, which has been shown to reduce appetite and increase fat burning in many studies, it is a common ingredient in many commercial weight loss supplements. adding 1 gram of red pepper to meals reduced appetite and increased fat burning in people who did not regularly eat peppers, However, there was no effect in people who were accustomed to eating spicy food, indicating that a tolerance to the effects can build up. Some animal studies have also found capsaicin to combat certain forms of cancer, including lung, liver, and prostate cancer. These observed anti-cancer effects are far from being proven in humans, so take all of this with a big grain of salt.

Ginger Can Treat Nausea and Has Anti-Inflammatory Properties, Ginger is a popular spice used in several forms of alternative medicine. Studies have consistently shown that 1 gram or more of ginger can successfully treat nausea, this includes nausea caused by morning sickness, chemotherapy, and sea sickness, appears to have strong anti-inflammatory properties, and can help with pain management, one study in subjects at risk for colon cancer found that 2 grams of ginger extract per day decreased markers for colon inflammation in the same way as aspirin, a mixture of ginger, cinnamon, mastic, and sesame oil decreased pain and stiffness experienced by those with osteoarthritis. It had a similar effectiveness as treatment with aspirin or ibuprofen.

TIP:  1 gram of ginger appears to be an effective treatment for many types of nausea. It is also anti-inflammatory and can help reduce pain.

There are many more I’ll be adding periodically. So, I do my best making these types of candles, and I take specific orders needed for my clients homemade to their specific needs. If I don’t have your remedy made already feel free to make your special order with me and I’ll be happy to accommodate you.

Have a Blessed and Healthy Day, April Albright